Throughout my Bryan family research, I have heard of or seen references to slaves owned by the Bryan family. From family letters, it appeared that the Bryans were a kind, loving, and close-knit family. They were hard workers, active in the Methodist church, and proponents of education. The Bryan family plantation was void of columns and southern charm. Found in the book Louisiana Plantation Homes, Colonial and Antebellum by W. Darrell Overdyke, the Bryan plantation home was a two room dogtrot log cabin. I had hoped that the Bryans were benevolent slave owners, but have learned that not all were caring and compassionate. To the descendants of persons enslaved by the Bryan family, I hope that you will share your research and stories.

I have created this blog as I cannot imagine researching families without the possibility of birth dates and last names. The first names and birth dates were found in a transcription of a bible once owned by the Reddick Bryan family. Additional names were found in Reddick Bryan’s probate record and in deed records. I have added anecdotal information based on census records.

I begin this blog with records of 43 enslaved persons. These persons will be listed in possible family groups. Most records cited were found in Northwest Louisiana where my Bryan family settled in 1838. I will add to this blog as more information becomes available. On the 1840 census, Reddick Bryan reported owning eight slaves indicating that the majority of the slaves that he owned at his death in 1864 were acquired or born in Louisiana.

A few weeks ago, I was researching my Bryan family at the Family History Library in Salt Lake City. When checking some early court records, I found The Register of Free Colored Persons, for the years 1819 and 1820, on film # 177819 labeled Liquor and Officer Bonds, 1818, 1869-1883 [Pulaski County, Georgia].

These persons are in no way related to my Bryan family research; however, there is no indication on the film, or on the Internet, as to the existence of these records so I have copied them below. I could not read many of the words on the photographs and these are not exact transcriptions as I wanted to make them easy to read. If you can make corrections, additions or exact transcriptions, please send me an email or comment below. Click here to see photographs of the microfilmed records. 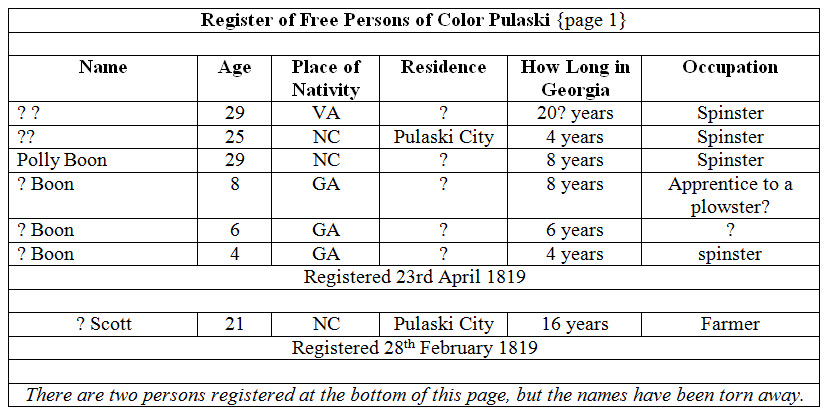 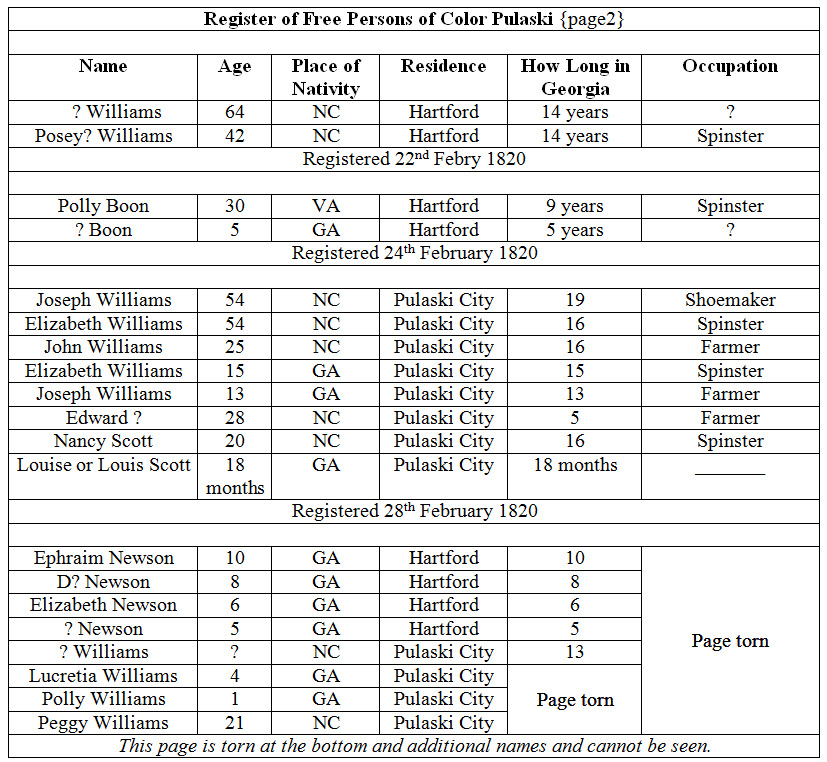